From the Fall, 1989 Communio: The Life and Work of Hans Urs von Balthasar.

The third circle of friends, the widest in scope, came to him through the journal Communio. Year after year he organized the small meeting of the various editions in Basel. Year after year it was he who was the undisputed central reference-point of the larger international meeting. He made stimulating suggestions about each of the themes proposed, pointed out difficulties, and was able to name suitable authors – whether living or from the past. Only the friends themselves know of the trouble he took to build up and hold together this “fellowship” (communio!) of the twelve editorial teams from very different cultural backgrounds. Only they too can tell of the countless conversations on the fringe of the meetings.

It was after his return from the 1988 international editorial meeting in Madrid, which was preceded by a symposium on his theology, that news reached Balthasar of his appointment as a cardinal. Though tired and ill again, he this time accepted, out of obedience to the Pope, what to him was an embarrassing honor. He also undertook the journey to Rome to be measured for his cardinal’s robes (which, as previously with his theologian’s soutane, he would have left in Rome). But he knew in his heart that Heaven had other plans. “Those above,” he wrote to a friend, “seem to have a different plan.” Death came gently upon him. He more than once had to see those closest to him suffer an agony lasting months – “a death with the drop counter.” But he himself was allowed to pass away in a moment and while he was still fully active. It happened as he was preparing to celebrate morning Mass . . . .

What is Communio? Here are a few articles explaining the history and mission of the journal.

A quick look at news from some of the other Communio editions.  The Italian edition is preparing to host the May 2010 international editorial meeting in Venice, including a daylong seminar on the new series on the Church that you’ll be seeing in our pages next year. The editor of the Portuguese Communio, Henrique Noronha Galvão, has published a book on the thought of Benedict XVI. Also see their recent issue on Paternity and Maternity. At the French Communio, editor Jean-Luc Marion was elected to the Académie Française and delivered there a tribute to Cardinal Lustiger, his predecessor at the Academy. The Belgian-Dutch Communio published an issue on women and are preparing the international theme of “Democracy” for 2011. The German Communio recently published an issue on Natural Law. Read Rémi Brague’s editorial here. German Communio member Holger Zaborowski published  Robert Spaemann’s Philosophy of the Human Person (Oxford, 2010), the first book-length study of Spaemann in English.  The entire archives of Communio Spain are available for download.

Finally, all the editions joined the Polish Communio in sorrow at the death of the Polish edition’s founder and editor, Fr. Lucjan Balter, SAC (1936-2010), who died on February 16. A beautiful tribute to Fr. Balter appears in the current edition of the Polish Communio, which also published an interview with him in 2009.  The American editors are grateful for the memory of a wonderful dinner in conversation with Fr. Balter at the meeting last May in the mountains of Switzerland. 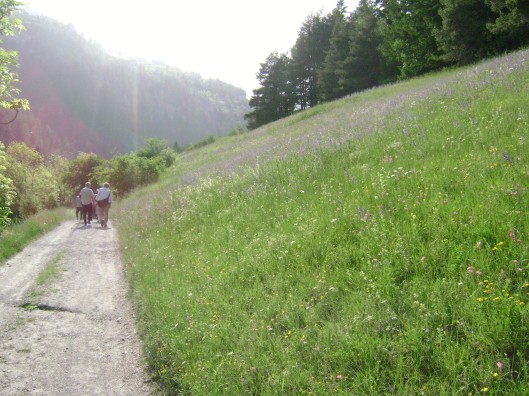 Tomorrow, April 24, is the fifth anniversary of Pope Benedict’s papal inauguration Mass at St. Peter’s in Rome. Joseph Ratzinger was one of the co-founders of the journal Communio in 1972.  The December, 2007 international Communio editorial meeting was held in Rome, where members of the different international editions were received in the Vatican by Pope Benedict.

What a few of our sister editions are up to this month.

The French Communio participated in a Symposium on Evolution and Creation last week. The Germans published a recent issue on Jesus Christ, Judge and Savior, followed by The Search for the Lost Father. The Belgian-Dutch Communio marked a 450th ecclesial anniversary in the Low Countries with a special number this year. Download and search all the back issues of Communio Spain. The Portuguese continue the series on the Mysteries of the Life of Jesus. Finally, back at home, various editors and board members of the American Communio are participants in a conference on “Experience” this week in Washington DC. Subscribe here to join the family.

Communio, a journal of Catholic theology and culture, was founded in 1972 by Hans Urs von Balthasar, Joseph Ratzinger, Henri de Lubac, and Jean Danielou, among others.
The journal is present in 16 countries and languages. The English-language edition of Communio is located in Washington, D.C. and is published quarterly.